Summary of what happened and the final result of the race of the Australian Grand Prix of F1 2019, victory for Bottas, and the approaching storm at Ferrari

Fantastic F1 GP of 2019 to start the new season. Formula 1 has started well, although in terms of performance and teams more or less everything remains the same except for some changes, such as the improvement of McLaren or the worsening of Ferrari or the step forward of Red Bull with Honda, among other small changes . Valtteri Bottas has won the race overtaking Hamilton at the beginning. Lewis has only been able to follow his teammate to be second, although he has had difficulties with his rear tires.

Carlos Sainz had problems yesterday in qualifying, being out of Q2, while Lando Norris was placed 8th. But today has not been much better, since Carlos had to abandon the race at the first change, when a failure in the MGU-K of the Renault has produced problems in its engine and a terrible smoke by fire. The team asked him to match the car and that's where the race ended. Lando Norris has lost some positions to go out of the points today, so he has not been able to keep that good 8th. I would have liked to see both McLaren cross the finish line and see what Carlos Sainz could do without the problems of yesterday and today, maybe he would have scored without problems. By the way, also abandonments of Grosjean and Ricciardo ... 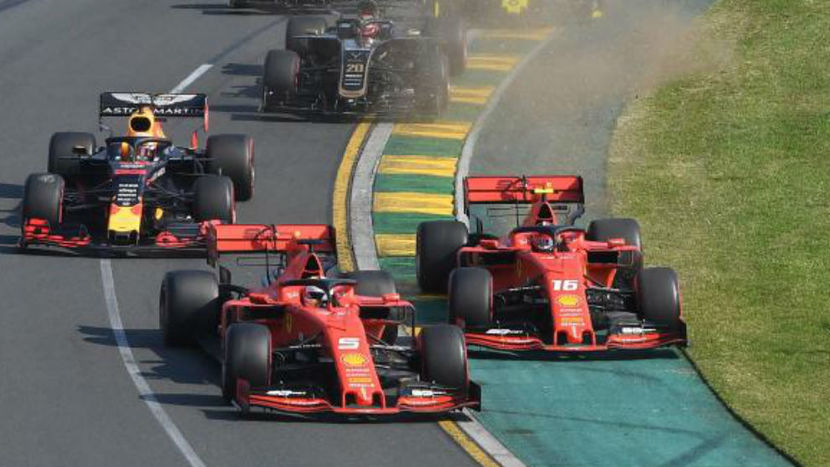 More important things, because we have been able to verify that the Williams are very far in the race as well. Russell also surprisingly is winning everything in Robert Kubica, remember that he was one of the best drivers when competing in F1, but his accident and sequels seem not to be helping him too much in his return. In addition, the car does not give much more, however, as I said, Russell took some more performance yesterday and also today he has done it again. We are happy to see Kubica again competing, but I would like to see him a little better.

By the way, Ferrari badly in the race too . Yesterday in qualifying they were far from the Mercedes, but today they could not keep up the pace to get close and Red Bull was also winning the race. So it has not been a good performance of the guys from Maranello. It is true that Australia is a very peculiar circuit, and that maybe in the next things change. But they have not given good feelings in the race where more was expected of them. Last year did not go well of the classification either, but then they won in race and in the following circuits they made poles and they won. But seeing here that in the race they have not been able either ... it is suspicious.

As for Charles Leclerc , yesterday he got off the car in qualifying by self-criticism and saying that he had done everything bad in qualifying, first with the Ferrari team. He did not feel comfortable and today has had a better pace than Vettel in the race, he has been close and with opportunities to overtake him, but the team has retained him. He himself has confirmed after the race that he was asked at Ferrari to stay behind Vettel. Bad on the part of Ferrari not to leave to compete to its pilots already from the first race, not even to fight by the extra point by the fast return. That is very selfish and at the end of the season they could regret it.Albon

By the way, As for the new ailerons to encourage overtaking , it is true that they seem somewhat easier. And that can be closer, but tire differences continue to make a greater difference. But I can not judge yet if it will really generate more overtaking until seeing other circuits, since I expected something more and in this circuit at least overtaking has not been triggered as I expected. We'll be back in the weekend of the Bahrain GP in two weeks!

You may be interested
20.02.2020 Author: libertyautopartsnyc.com
Views:
The Porsche Taycan Cross Turismo, t...

The Porsche Taycan Cross Turismo, the crossover body of the electric Taycan, will arrive at the beginning of the next decade, probably in 2021....